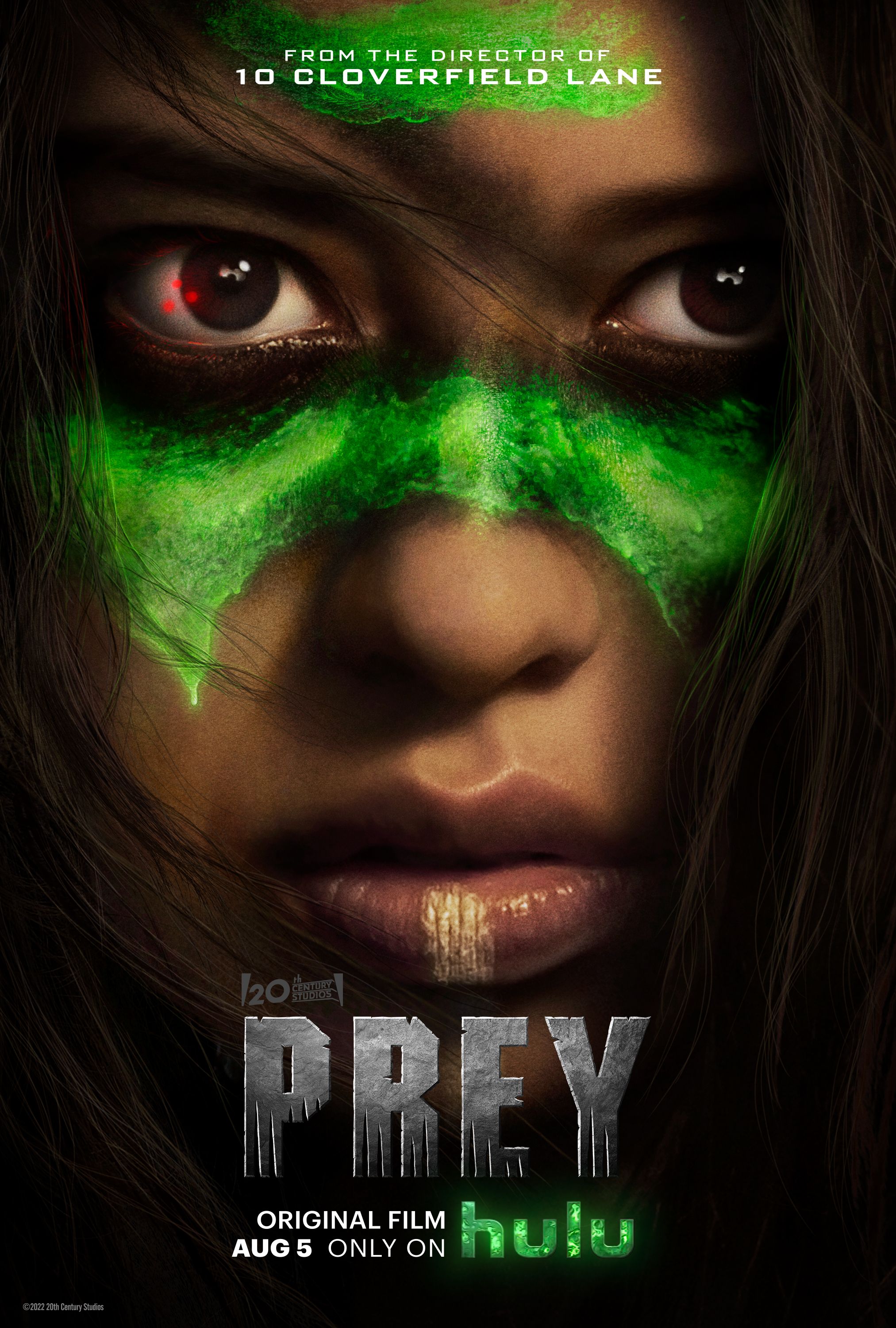 Set in the Comanche Nation 300 years ago, this is the story of Naru, a fierce and highly skilled warrior, raised in the shadow of legendary hunters who roam the Great Plains. When danger threatens her camp, she sets out to protect her people. The prey she stalks: a highly evolved alien predator with a technically advanced arsenal. "Prey" is making history as the first film dubbed in Comanche and the first time a film has premiered in a Native language alongside the English version.